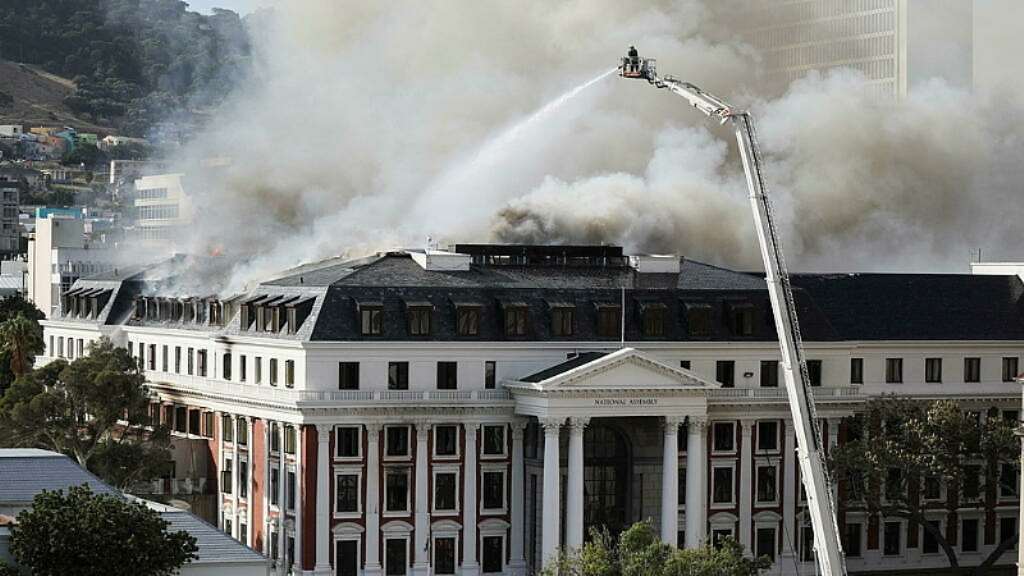 Firefighters have now completely withdrawn from the Parliamentary precinct following the fire which gutted the National Assembly and Old Assembly buildings.

The Hawks are investigating the circumstances around the flames, which started on Sunday and re-emerged on Monday afternoon.

Engineers from the Department of Public Works and Infrastructure are also on-site to determine if the affected buildings are safe for access by the directorate.

Parliament spokesperson Moloto Mothape said the Speaker of the NA, Nosiviwe Mapisa-Nqakula, and chairperson of the National Council of Provinces (NCOP), Amos Masando, are satisfied with the overall progress made on the containment of fire and the investigations currently under way at the precinct of Parliament.

“Since the firefighters contained the flare-up during the morning of Tuesday, the firefighters had remained on site until yesterday evening, monitoring the situation and combing the inside of the buildings for any potential flare-up.

“The firefighters worked over 71 hours with unspeakable courage and bravery to contain the fire. Over 300 men and women were deployed, 60 fire fighting appliances and two specialised aerial pieces of equipment were used during the three-day battle against the blaze,” he said.

Zandile Mafe, the man accused of setting the parliamentary precinct on fire, appeared in the Cape Town Magistrate’s Court on Tuesday on charges of housebreaking with intent to steal and theft, two counts of arson, possession of an explosive device and destruction of essential infrastructure.

The State requested a postponement to 11 January for bail information such as the confirmation of his residential address, whether Mafe has any assets, any pending cases, any pending warrants of arrests against him and any previous convictions.

“The State also requested the postponement in order to determine the schedule under which the accused will be charged as it intends to charge him under Schedule 5 while the defence insists that he must be charged under Schedule 1,” Ntabazalila said.

Mafe’s defence lawyer, Luvuyo Godla, is of the view that his client is not the person who was supposed to be apprehended.

He said Mafe is being used as a scapegoat and emphasised that the fire is as a result of the failure of the executive and legislature.

Godla further added Mafe denies and rejects the charges. He is expected to plead not guilty.

Parliament Fire: MPs Must Carry On With Their Work – ANC’s Pemmy Majodina Speaks 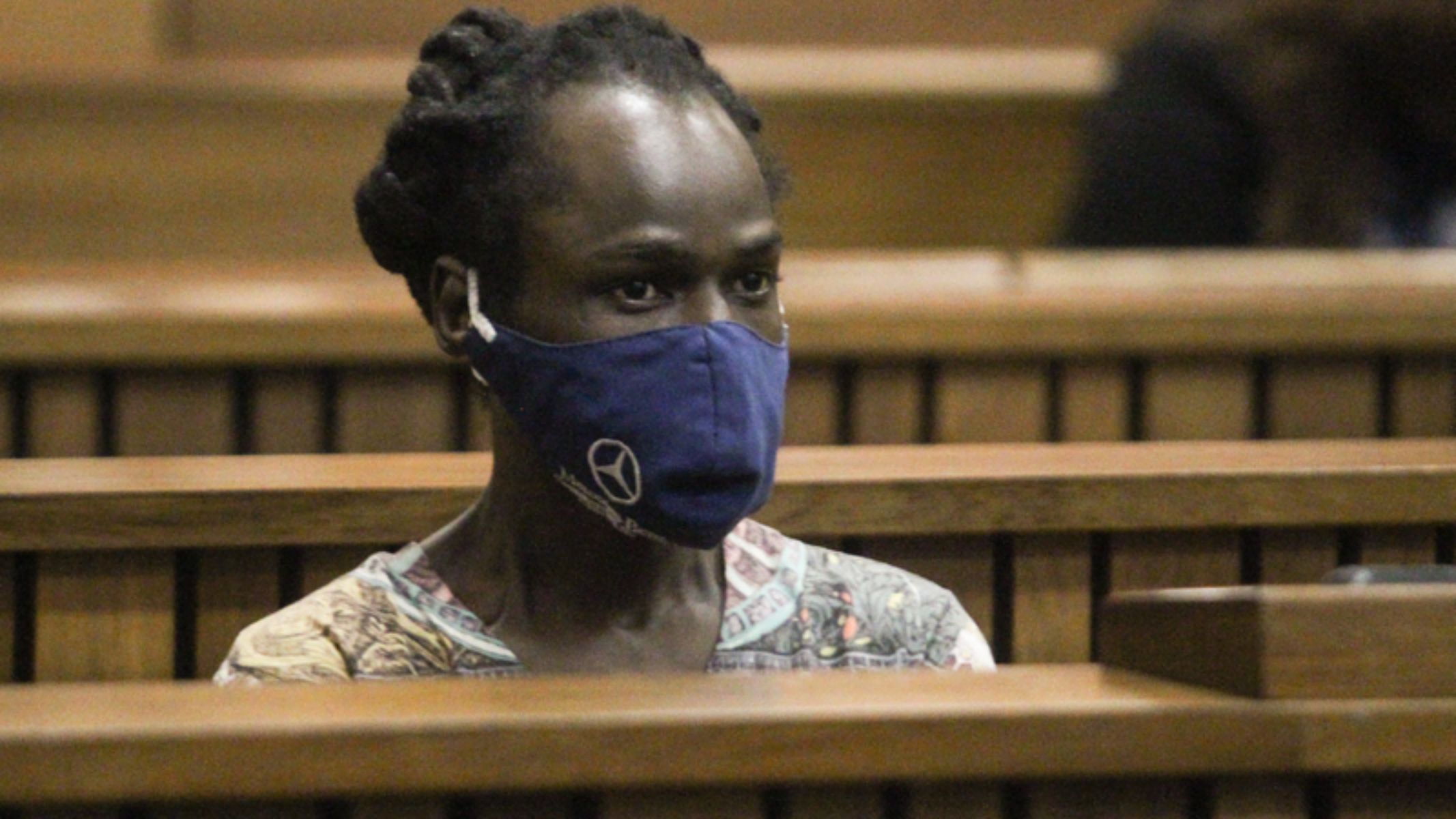 Lucas, 37, was condemned of murder and thievery in February after the court accepted the substantiation of three eye substantiations that he was the man who had picked Khwinana outside the movie theatre complex that night and burgled him of his cellphone.

He was also doomed to 15 times for thievery with aggravating circumstances and eight times for breaching the Immigration Act, after it was plant that he was in South Africa immorally.

In April, twinkles before sentencing proceedings were due to start, Lucas fired his counsel, saying he wasn’t happy with his service.

Lucas, who was at length told that this could delay the finalization of his trial by a time, was adamant as he wanted to “ satisfy his heart.” He said he was incorrectly condemned as he’s not the killer.

Still, his detention tactics failed to work after Judge Portia Phahlane explained to him that as he can not pay for his own counsel, he wasn’t in a position to pick and choose who he wanted to represent him and was given until May 3 to put in writing exactly what his grouch is with the state appointed counsel.

When the day came, Lucas changed his mind and progressed with the same attorney. 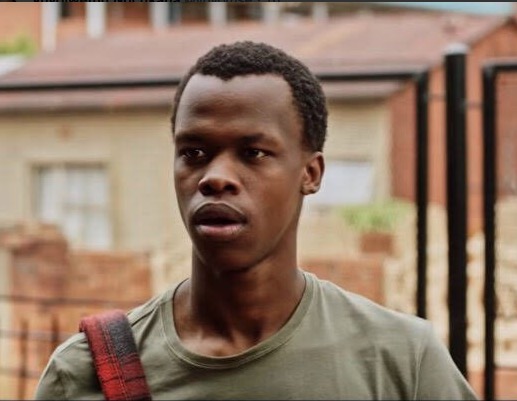 During sentencing, Phahlane said Lucas burgled South Africa of a true gift when he boggled Khwinana over a cellphone.
Phahlane also ordered that after serving his judgment, Lucas should be deported to his country of origin.

Khwinana, 25, was picked in March 2019 during a thievery outside Sterland Mall in Arcadia, Pretoria, where he’d attended the webbing of’Matwetwe’, the locally- produced movie he starred in.

According to the police, Khwinana and a friend were on the corner of Pretorius Street and Steve Biko Road when Lucas accosted him and demanded his cellphone.

The actor was picked with a sharp object in the upper body as he grappled for his cellphone, and was certified dead on the scene. 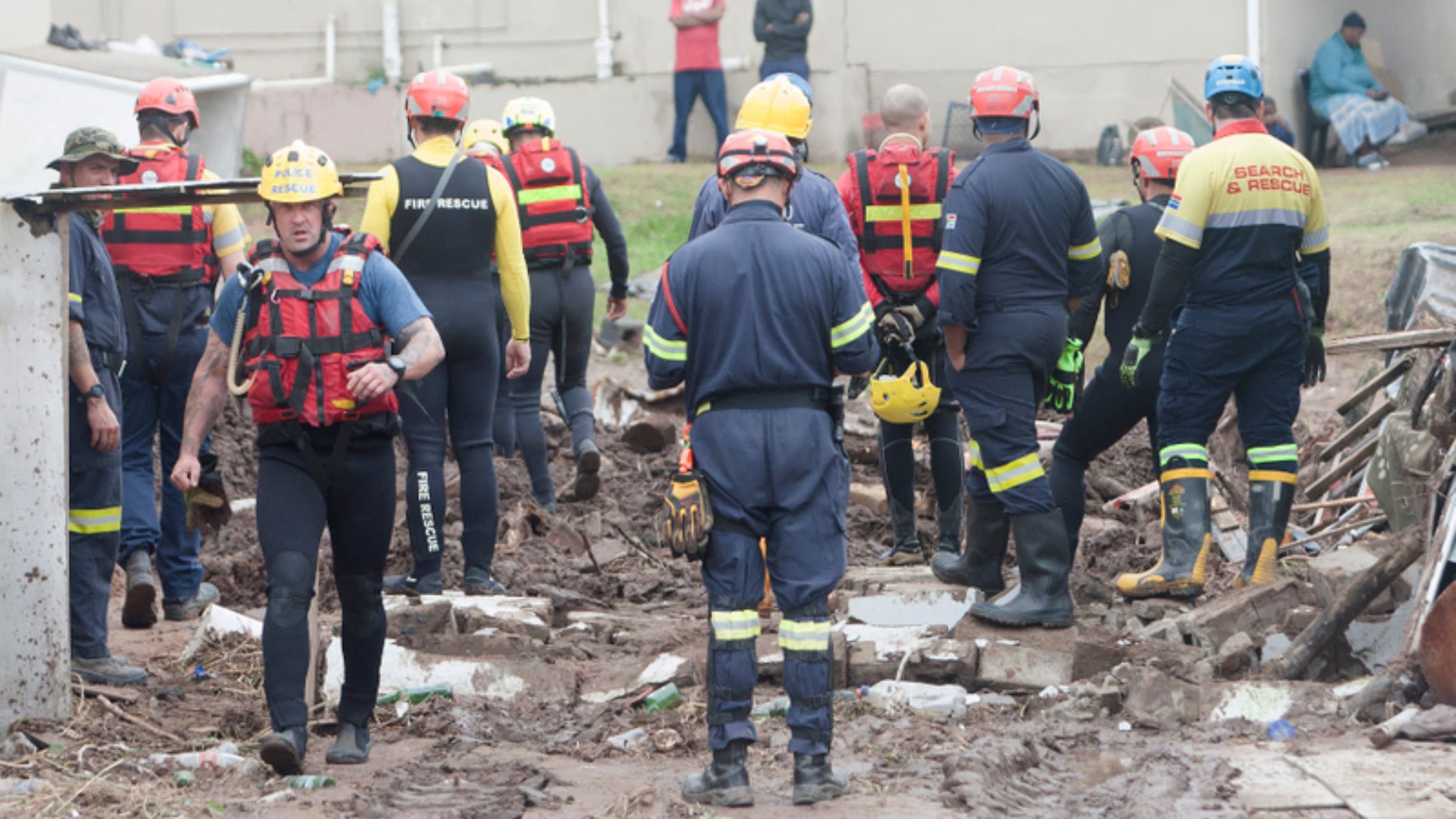 As KwaZulu-Natal residers continue to search for missing loved bones since the recent destructive cataracts, Cooperative Governance and Traditional Affairs (Cogta) verified on Wednesday that 48 people were still missing.

The flooding claimed 445 lives, 386 of which were from eThekwini alone, Cogta MEC Sipho Hlomuka said during a briefing.

Thirty-one people from the Ilembe quarter, seven from Ugu, four from King Cetshwayo, three from Harry Gwala, two from uMgungundlovu and two from uMzinyathi are still missing.

So far 748 hunt operations have been conducted and over 168 deliverances completed.

Despite assessments into the damages still under way, Hlomuka said damages to both the private and public sector during the cataracts amounted to R25 billion.

The flooding started around April 11, following a weekend of harmonious heavy downfall. Across corridor of the fiefdom, rainfall agencies verified that over 200 mm of rain fell within a space of 24 hours.

The cataracts knocked out all major structure, leaving residers in the region without water and electricity for nearly two weeks as the megacity tried to restore some form of normality.

“As a coordinating department, we at KZN Cogta have been at the forefront of efforts to mitigate the impact of the floods on our communities and businesses. With the national Cabinet declaring a national state of disaster, we have amassed significant resources, some of which are already being deployed on the ground to help those most in need of assistance: water tankers, emergency shelters, food parcels or technical and medical assistance.

“Disaster Management teams are still on the ground and continue to provide support for relief purposes and are searching for the missing. The deployment of the South African National Defence Force has helped these efforts greatly,” Hlomuka said.

Lindani Zungu, 21, from the Inanda area, just north of Durban, has been searching for a month for his five cousins. He said they dug around the debris for two weeks before deliverance brigades showed up, but they too, were unprofitable.

He told IOL on Wednesday that the hunt continues.

“There is no progress that has been made so far. There were those that came but were unlucky so we were requesting an excavator or something like that to help us dig through the rubble.

“We have been digging for two weeks, I don’t think we can dig anymore,” Zungu said. 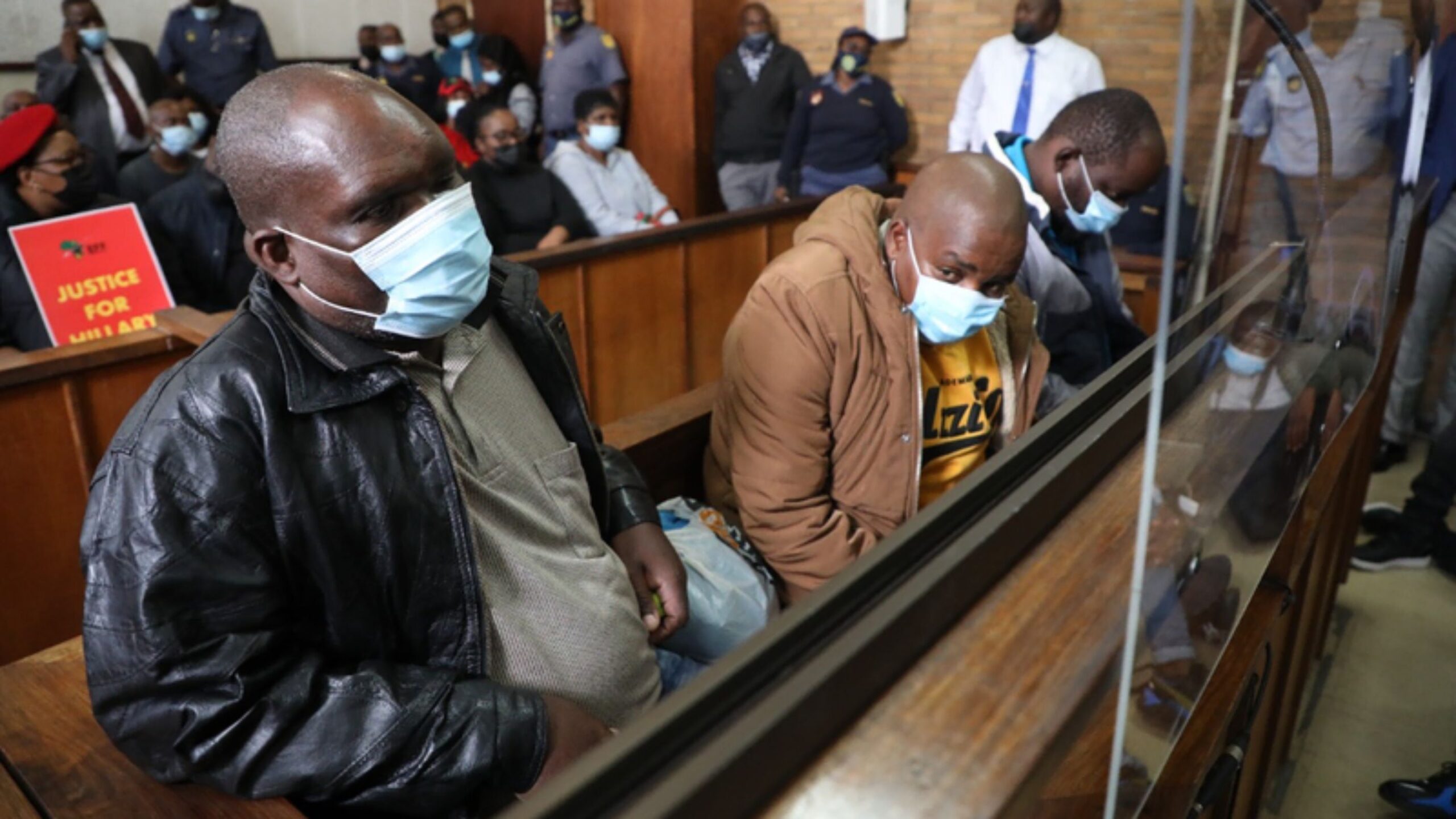 Earlier today,  the three suspects who have been arrested in connection with Hillary Gardee’s murder appeared in the Mbombela Magistrate’s Court.

The three primary suspects were charged with murder, rape, conspiracy to commit murder, kidnapping and possession of illegal firearms.

All three abandoned their bail application after the State requested that the accused be denied bail because of the seriousness of the crime.

The matter was postponed until June 9 following a request by the three suspects to be given medical attention, saying they were allegedly tortured while in custody.

EFF member and family members spokesperson Sinawo Thambo said the family did not want the accused to get bail because they could be a flight risk even before the proceedings began.

A large contingent of EFF members was outside court in support of the Gardee family. 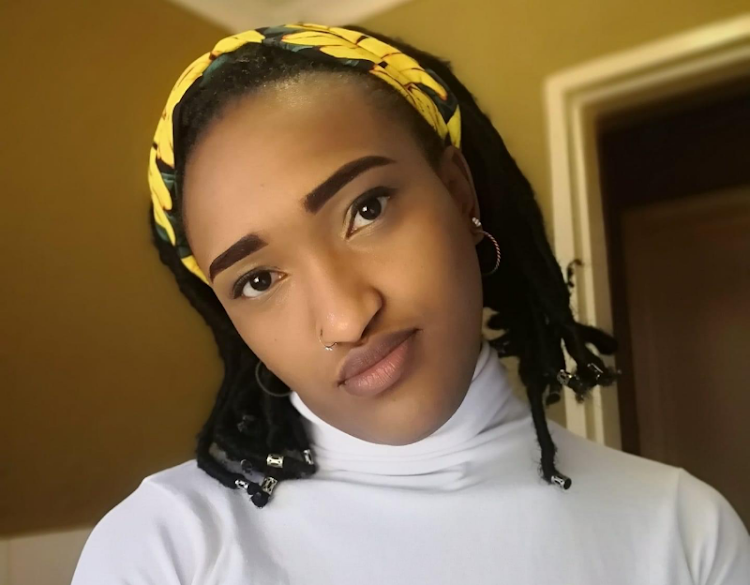 The first of the three men was apprehended on the eve of Gardee’s funeral while the other two were arrested over the weekend.

The possibility of there being further arrests has not been ruled out by police as the investigation continues.

On Saturday, May 7, Hillary Gardee, 28 was buried.

She was reported missing on Friday, April 29.

Her body  was found in a field about 40km outside Mbombela by a group of passers-by who were making their way to work.

An autopsy revealed that 28-year-old Gardee was shot at the back of the head and stabbed multiple times.

Mea nwhile,  the motive behind Gardee’s murder is  still unknown.

Police have made a advance in the disquisition into the murder of Hillary Gardee, arresting a suspect in Limpopo.

Mpumalanga Police Commissioner Semakaleng Manamela made the advertisement outside the Gardee home late on Friday night.

There was a strong police presence at the home, where hundreds of mourners had formerly gathered ahead of Gardee’s burial on Saturday morning.

In a briefing held outside Hillary Gardee’s family home, Manamela verified the suspect had been arrested in Schoemansdal, Limpopo, some 400 km down from Mbombela.

Manamela asserted that the police were confident they had nabbed their man.

She also said she anticipated further apprehensions to be made as the police continue their examinations.

Manemela couldn’t discover the identity of the suspect but said he’s a “ middle-aged man” and will be appearing in court on Monday.

Gardee family prophet Sinawo Tambo expressed the family’s gratefulness to the police and confided them on the work they had done on the case so far.

Hillary was reported missing on Friday, April 29. She was reportedly last seen leaving a shopping complex in Mbombela ( preliminarily known as Nelspruit) at roughly 17h30.

She was latterly plant dead in a field around 45 km outdoors Mbombela, on Tuesday, May 3.

Her body was discovered by a group of people making their way to work.

The 28- time-old woman had been shot in the reverse of the head. 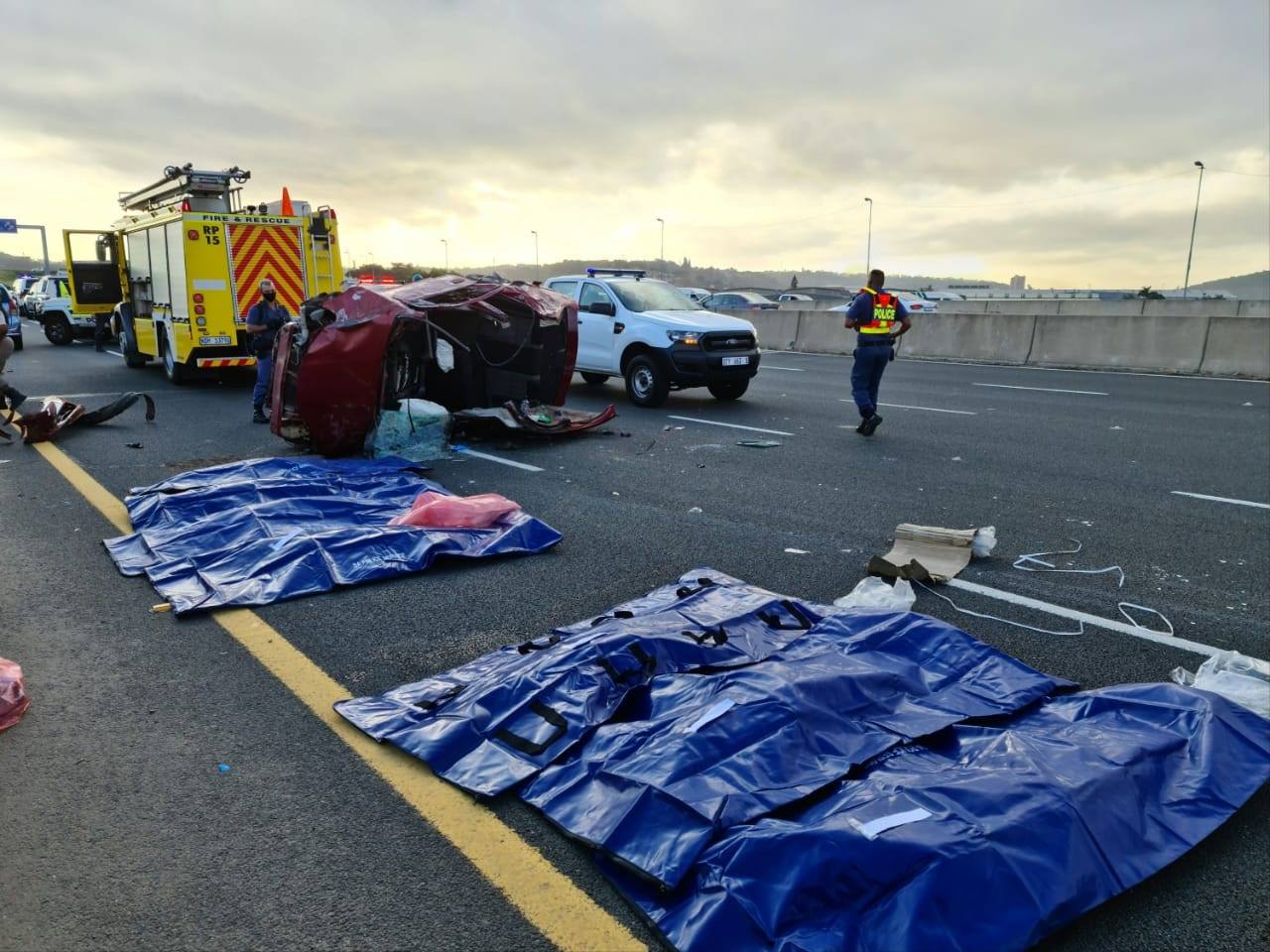 Four people have been killed in a crash on the N2 in KwaMbonambi in Northern KwaZulu-Natal.

The KwaZulu Private Ambulance (KZPA) responded to the scene following reports of a collision.
KZPA prophet Craig Botha said when exigency services arrived, they plant that two vehicles had been involved in the crash.

Botha said the cases were untangled from the auto using specialised deliverance outfit, treated and stabilised on the scene before being transported to the sanitarium for farther treatment.

He added that the cause of the collision was unknown but the authorities were probing.

Police were approached for comment but hadn’t responded by the time of publication. Their comment will be added once entered.