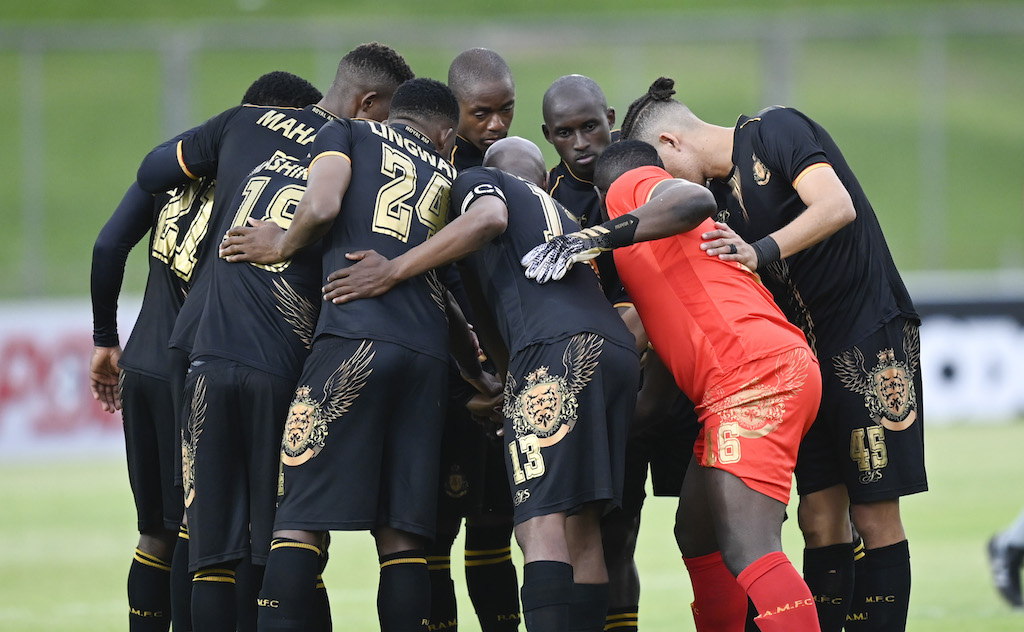 Royal AM have been fined R1.65 million as punishment for handing out cash bonuses to players following their game against Maritzburg United last month.

However, of the R1.65 million, R1.325 million is suspended following a plea agreement in front of a Premier Sopleaded guilty to attempting to pay football players in cash in front of the media, thereby bringing the league into disrepute – R500,000, with R250,000 suspended; pleaded guilty to failing to provide adequate security at the match (relating to having 10 more in their attendance party than the 60 allowed as per the PSL’s Covid-19 regulations) – R100,000, with R75,000 suspended;

*Pleaded guilty to failing to ensure that their Covid-19 officer complied with his duties – R10,000;

*Pleaded guilty to not having their players follow the walk-on procedures, in that they left the changerooms four minutes late (even though the match kicked off on time) – R10,000;

The charge and fine for the second respondent, Royal AM Covid-19 officer Sthembiso Hlongwane, was:

-Admitted to not making sure all club officials and attendees wore face masks at all times – R10,000 (Hlongwane had a suspended sentence from previous club Real Kings last year for a similar offence, and also has to pay that further R180,000 previously suspended fine).

-Admitted she contravened rule 55.3.8 in that she was seen to be attempting to give rewards to players after the match – R500,000, all suspended;

*Pleaded guilty to attempting to reward players after the match – R500,000, all suspended;

Royal AM have had to pay the costs of the two DC hearings. 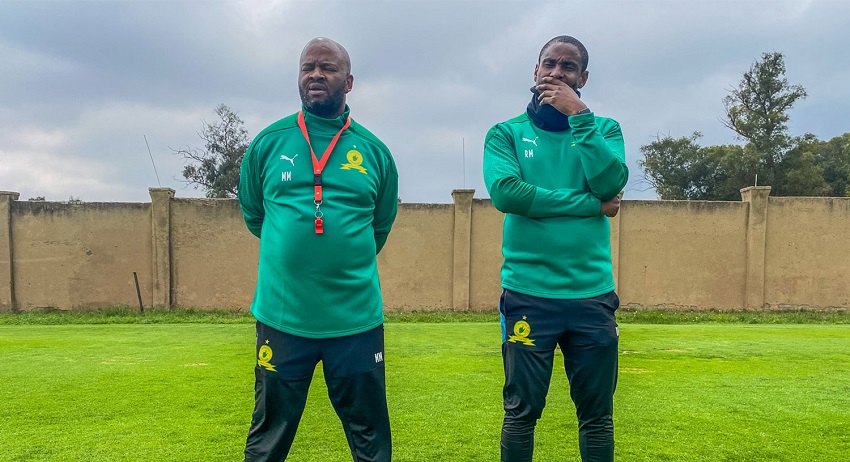 The Mamelodi Sundowns coaching duo of Manqoba Mngqithi and Rhulani Mokwena continued their dominance as they won their third consecutive coach of the month after claiming the December 2021 gong.

The Brazilians continued their form and now have a 14 point advantage at the top of the Premiership standings over second place Orlando Pirates.

After inspiring a rejuvenation in Marumo Gallants, Dan Malesela was a close second in the Coach of the Month Award tussle.

The Sundowns coaches were not the only ones from their team to emerge victorious. Defensive star Andile Jali was named the player of the month, beating competition from Orlando Pirates’ Kwame Peprah, Chippa United’s Eva Nga and Royal AM striker Victor Letsoalo.

“Jali was outstanding in December. He was a marvel to watch as he bossed the Sundowns’ midfield. His experience has been invaluable during a loaded period in December. The manner in which he broke down opponents’ attacks and in turn start build-ups to Sundowns attacks, which on some occasions led to goals has been very impressive,” commented the judging panel.

Kaizer Chiefs’ Nkongiphile Ngcobo was awarded the goal of the month voted by the fans following his left foot curler against Maritzburg United. 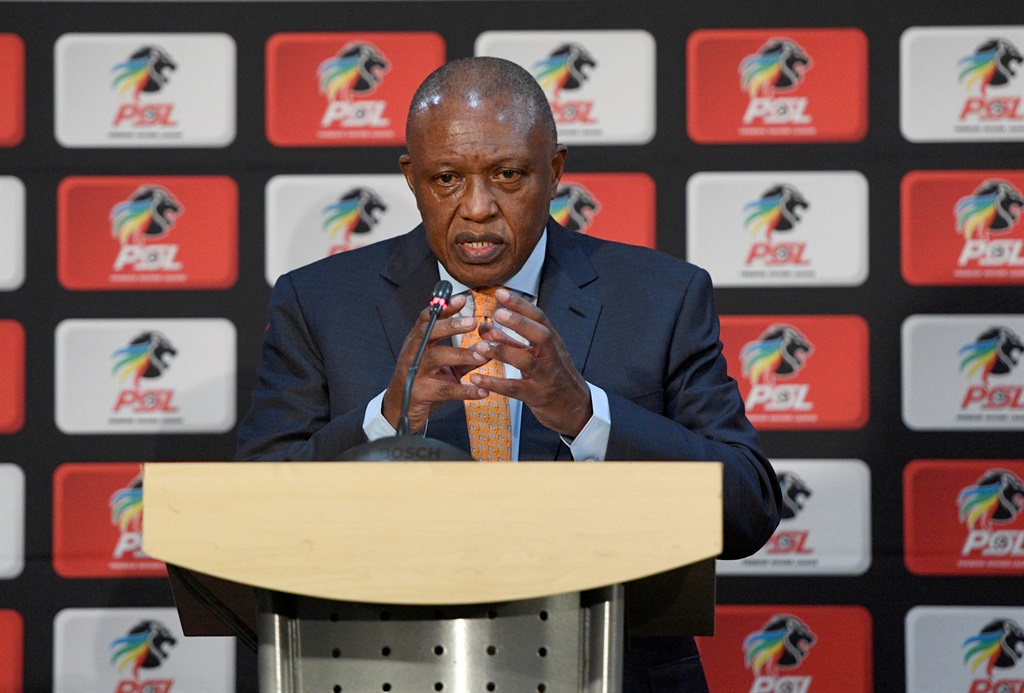 Premier Soccer League Chairman, Irvin Khoza together with members from Multichoice introduced the Player Transition Programme, an initiative aimed at assisting professional footballers after their retirement.

The Iron Duke underlined the consequence of detaching ex-footballers from the game and how it impacts their lives.

“The great majority of football players take up football as their one and only career from as early as the age of 8. The Player Transition Program aims to prepare professional players for life after 35 years of age and helps to keep them within football “

Mbulelo ‘OJ’ Mabizela , Lerato Chabangu, Benedict Vilakazi and Jabu Mahlangu are some of the best players to have come out of South Africa but they’re also a part of a group talented individuals that had poor or no retirement plans at all which subsequently lead to their bankruptcy after football.

Head of Multichoice executive corporate affairs, Collen Dlamini outlined the importance of setting up players that are nearing their retirement age with necessary training and skills.

“Since the inception of the Multichoice Diski Challenge, we have prided ourselves on providing development in our football on and off the pitch and today is testament to that”, he said.

“We are deepening our commitment to football with a multi-faceted approach to player life skills and educational programs. Today we have a lot of players who are playing in the premiership who have also been through these programmes and are testament to the good work done by the PSL,” he further explained.

“The life of a football player is very short and at the age of 28, you’re confronted with questioning what is next when you’re done with football, so together with the PSL we will equip and empower players to continue to be successful and find a role in sports. “

Premier Soccer League Chairman, Irvin Khoza, is set to address the football community for the second time in the space of a month on Wednesday at 11am.

The press conference follows a period of elite administrative controversy within the South African football governing body in which numerous high profile cases have been left unresolved and a few of the most integral individuals handing in their resignation.

Khoza gathered all and sundry on the 10th December in a press conference expected to attend to the countless questions that flooded the PSL offices.

Instead of issuing a statement that was to clear up the issues the body, Khoza and Co. introduced the DStv Comapct Cup, a tournament that is to be held during the Africa Cup Of Nations (AFCON) period in the weeks of the 22-29 of January.

Following this announcement, a few clubs were reported to not have been informed about the possibility of such a tournament, which in essence fuels this upcoming conference with intrigue.

The Kaizer Chiefs saga continues to lead the contentious proceedings aligned with the PSL at the moment as they are set to lodge an appeal of the decision to not grant a postponement of their matches in December, citing well over 30 cases of positive Covid 19 results.

“Kaizer Chiefs is disappointed and taken aback by the contrasting lack of urgency from the PSL after having taken almost three weeks to address the matter” read the statement issued by the club.

A number of clubs, journalists and fans are hoping the PSL’s latest address sheds light on the ongoing proceedings and issues progressive directive as we near the return of PSL action. 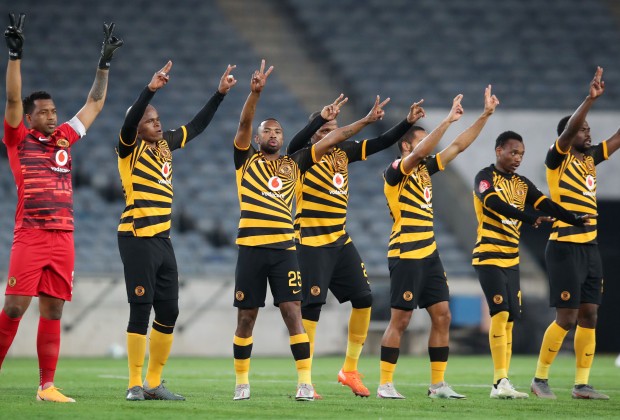 Khama Billiat and Nkosingiphile Ngcobo scored in either half as Kaizer Chiefs brushed aside Maritzburg United 2-0 at the FNB Stadium on Wednesday evening and signed off for the year in good fashion.

Billiat was back in the starting line-up and back on the scorecard as he gave Chiefs the lead in the 35th minute.

Njabulo Blom and Keagan Dolly combined well on the wing with the former driving into the opposition box and finding Khama in the box, the striker’s first time shot nestled in the bottom right corner of the Maritzburg goal.

Ngcobo came off the bench to grab a second goal for the home side in the 81st minute. After being assisted by Billiat, the youngster remained composed as he shifted the ball onto his left foot and curled one into the top corner from inside the box.

Arthur Zwane filled in for the absent Stuart Baxter again on the bench with Chiefs still licking their wounds after an unpleasant trip to Kwazulu-Natal that ended in defeat.

Chiefs made four changes to the side that went down 1-0 to Royal AM in Durban with Ramahlwe Mphahlele, Khama Billiat, Phathutshedzo Nange and Njabulo Ngcobo all featuring from the starting line up this time around.

The Team of Choice had managed just one victory in their last ten matches and started the game in 12th place, three points off the relegation zone as their struggle for form continued..

The side from Pietermaritzburg had somewhat closed the gap in dominance between the two clubs over the years with both teams managing two victories each in all competitions in the last five games and with one match ending in a 1-1 stalemate at the Harry Gwala Stadium.

The opening half an hour was nowhere near a good advert for local football as both teams played the match at a low tempo, gave the ball away most of the time and reverted to low defensive blocks when out of possession with boths goalkeepers untroubled.

Siphosakhe Ntiya Ntiya wasted a glorious chance after being picked out by Dolly in the 40th minute. The flying left wing back ballooned his shot over the bar after his run was spotted by Dolly who put the ball on the platter for him but his finish left a lot to be desired.

Maritzburg started the second half better and should’ve been level a minute after the restart.

Daniel Cardoso hesitantly played a ball back towards Daniel Akpeyi but it was short and was latched onto by Bongokuhle Hlongwane, the Bafana Bafana youngster audaciously tried to chip the Chiefs goalie but instead stuck it into Akpeyi’s grateful gloves.

Coach Ernst Middendorp’s charges continued to pile on the pressure on Chiefs with numerous shots from outside the box and looked even more dangerous at set-piece time but tried as they did, Chiefs proved too strong and closed off the year in style.

AmaZulu Backs Benni McCarthy To Deliver Despite All The Draws 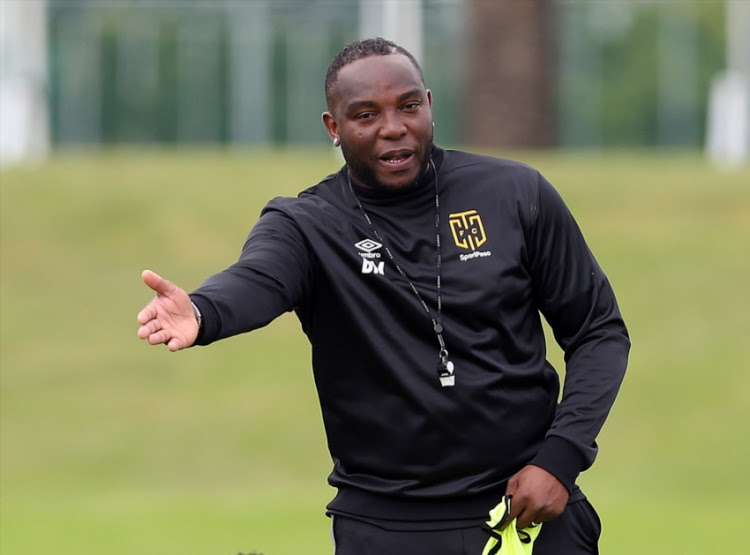 There is no doubt that AmaZulu’s current form has been be very embarrassing to watch for coach Benni McCarthy.

Usuthu are currently on a run of seven consecutive draws. They have drawn 12 games so far this season which is the most out of any side in the South African top-flight.

They are unlikely to be given an easy time in their upcoming clash against resurgent Marumo Gallants at the Peter Mokaba Stadium.

The Limpopo-based side started the season in poor form but their results have improved since the appointment of Dan Malesela as coach.

Gallants are unbeaten in their last five league games, having won three in the process.

Despite their several draws this season, the one positive that AmaZulu can draw upon is that their team is still showing a lot of character as they did last season.

The Durban-based side recently clutched a valuable point from the jaws of defeat against Chippa United earlier this week. After being 2-0 down at half-time against the Chilli Boys, Luvuyo Memela inspired a heroic comeback for Usuthu as his second-half brace earned them a share of the spoils.

Meanwhile, AmaZulu club spokesman Phumlani Dube has reiterated that the club maintains its faith in coach McCarthy amidst the current challenging times within the team.

“We inspire and motivate our team to get as many points as we possibly can. We know that the results will come but we will turn the corner, it’s only a matter of time,” said Dube.

Dube maintained that the club’s management feels that the quality of play that it is playing is good. They feel that it is only a matter of time before the draws start being converted to wins.

“We have a great squad – we play good quality football, the effort is there, the commitment and the will to win is there and undoubtedly. To get a point here and it is not bad for us, but we have to get back into our winning form” said Dube.

The game against Gallants will be AmaZulu’s penultimate of the year. They will end 2021 with an away clash against Orlando Pirates at the Orlando Stadium on Monday afternoon.